Ro is fighting for soccer fields

Ro is fighting about landfill

Ro is fighting for all

Who is he trying to fool? May 27, 2015–A rematch appears to be set in the race for California’s 17 congressional district in 2016.Ro Khanna plans to officially start a new campaign to defeat congressman Mike Honda.The campaign launch is set for Saturday morning at Santa Clara City Hall.Mike Honda defeated Khanna last November in a highly anticipated runoff between rival Democrats.Khanna raised $801,000 dollars in the first three months of 2015.Since his loss, he’s been active in Honda’s Silicon Valley district,.He’s been working with the San Jose, Santa Clara, and Milpitas city governments on issues like the Newby Island Landfill, the soccer fields behind Levi’s Stadium, and manufacturing.
Hey, Ro, if soccer fields are so much part of your agenda, then why are 45 different season ticket holders for the 49ers who gave Super Pacs money for you own limos??

Limo owners that want those soccer fields are mostly contributing to Ro Khanna! 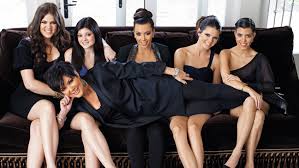 But Ro does have the Kardashians backing him!